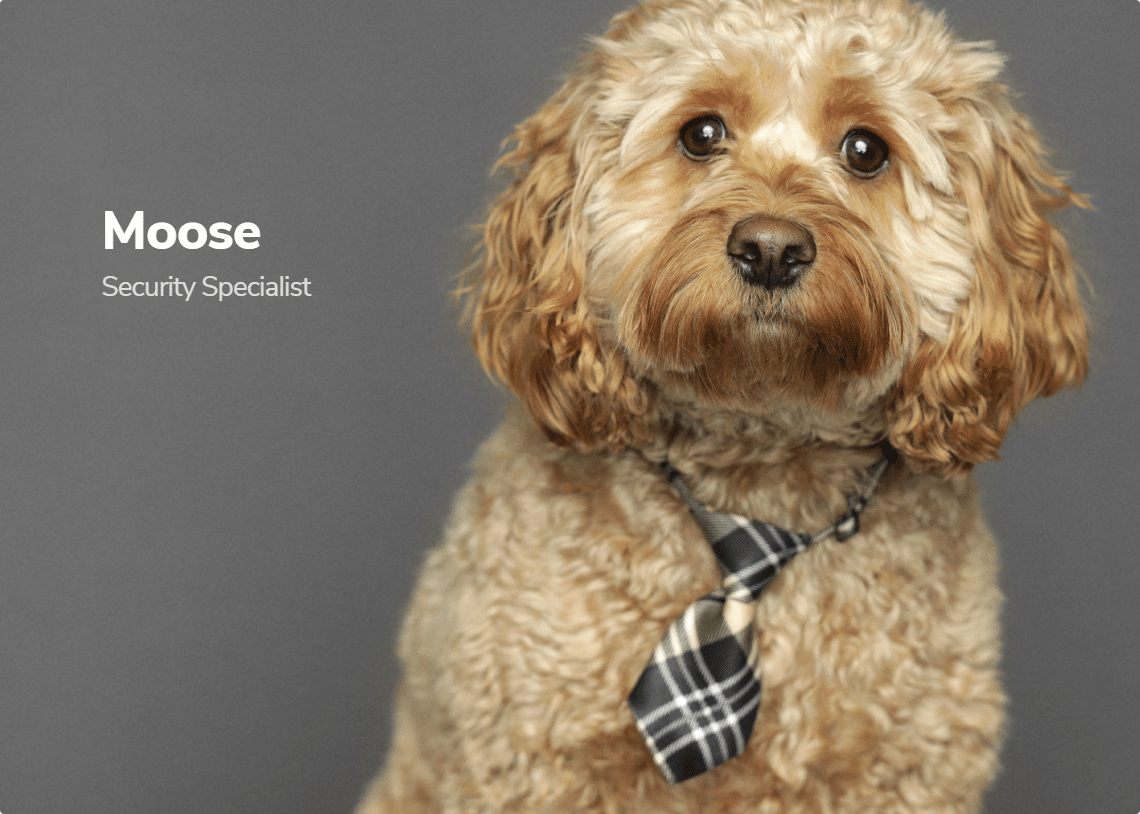 Moose enjoys long walks on the beach, any food with bacon in it and riding in a car with his head out the window. He prefers the long, dog days of summer to the cold Chicago winters and believes that wearing a tie to work gets him more respect.

Moose hails from Province and was formally trained in security at  sdafkjljksadf.  After basic training, he was immediately deployed to  asdlfkljsdaf  and received several citations for bravery.  He now works full time in the private sector and prior to joining Mutare he oversaw all security at  asdlfkjsadf  where he was directly responsible for  asdklfjsdfaljk. Due to the nature of Moose’s sensitive work we are unable to provide more details about his background and skills without having a separate NDA in place.

Moose maintains an active life away from work. He enjoys college sports and, despite his non sequitur name, avidly supports most canine-themed teams including the Bulldogs of Georgia, Butler and Mississippi State. A classically trained musician, Moose appreciates artists like Ariana Grande and Mariah Carey in a way most humans cannot and grooves to the hip-hop/rap stylings of Pitbull and Snoop Dogg.

When he’s not busy protecting his extended Mutare family, Moose relaxes at home with his other beloved human family. Sadly, any hopes he had for a canine family of his own were dashed by an unexplained and ill-advised vet visit in his youth.